On Monday, September 19, lawyers for the plaintiffs in the talcum powder lawsuit against Johnson&Johnson argued that the federal appeals court should reverse a bankruptcy court’s decision that halted nearly 40,000 lawsuits against the company. Back in February, the bankruptcy court in Trenton, New Jersey had affirmed the ability of Johnson&Johnson’s use of Chapter 11 to hasten a settlement that would free the company from claims against its talcum products, which contain cancer-causing agents.

Last October, in an effort to claim protection under the Chapter 11 bankruptcy, J&J created a spinoff unit, LTL Management, that would file bankruptcy in order to manage the liability caused by their talcum powder products. As explained by Bloomberg Law, “The maneuver, known as the Texas Two-Step because of its reliance on Texas corporate law, involves a company spinning off a unit and transferring its tort liability to that unit. The spinoff is then put into bankruptcy to manage that liability without putting the assets of the original company into play.”

In refusing to dismiss the Chapter 11 case in February, U.S. Bankruptcy Chief Judge Michael Kaplan of the District of New Jersey concluded that LTL Management had not acted in bad faith.

“LTL or J&J is trying to turn what should be that shield of bankruptcy into a sword by not complying with any of the obligations,” said Sean Janda, an appellate attorney at the U.S.Department of Justice’s civil division in Washington, D.C.

The attorney representing LTL Management, former acting Solicitor General Neal Katyal, of Hogan Lovells in Washington, D.C., argued that the appeals court should uphold the ruling by the bankruptcy court, saying that the $61 billion funding agreement set aside for claimants was “a floor, not a ceiling.”

Lamken pointed out that it has taken years to get other bankruptcy cases resolved that involved a divisional merger. David Frederick, of Kellogg Hansen Todd Figel& Frederick in Washington, D.C., said bankruptcy would pay less money to claimants. “Johnson & Johnson did not go to all this trouble in order to pay claimants more money,” said Frederick, who represented 7,000 talc claimants for Houston plaintiffs firm Arnold & Itkin. “They went to this trouble to pay claimants less money, more slowly. The civil system is designed, with whatever flaws it has, to promptly move along cases and not to stop and stay all action.”

Plaintiffs’ attorneys presented oral arguments for three hours to the three-judge panel hearing the appeal. Justices Thomas Ambro, Luis Felipe Restrepo, and Julio Fuentes asked questions such as whether Bankruptcy court or multidistrict litigation was preferable for claimants, and whether arguments would differ if LTL Management had been formed much earlier than two days before filing for Chapter 11 bankruptcy.

Lawyers on both sides expressed optimism about the panel’s decision, which is expected to come down next month. Clay Thompson, from Maune Raichle Hartley French & Mudd, LLC, which represents some of the plaintiffs said the appeal will go to the Supreme Court if the ruling doesn’t go their way. 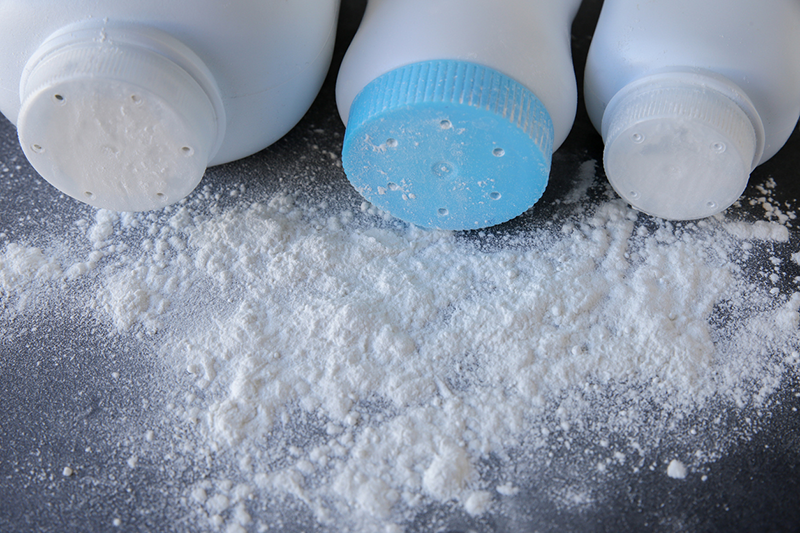 What is Ovarian Cancer?

Located at the ends of the fallopian tubes in the female reproductive system, ovaries are almond-sized glands that produce eggs and in which the female hormones estrogen and progesterone are made. The Mayo Clinic explains that ovarian cancer is a type of cancer that begins in the ovaries, but can multiply quickly and invade and destroy healthy body tissue anywhere in the body.

Ovarian cancer begins when cells in or near the ovaries develop mutations in their DNA. The cancer cells grow and multiply quickly, forming tumors which can break off to spread or metastasize to other parts of the body. Depending on where the cancer begins, determines the type of ovarian cancer that develops and what the best treatment options are.

Taking birth control pills can help reduce your risk of developing ovarian cancer. Genetic testing, especially if there is a family history of breast or ovarian cancers, can help decide whether you should consider surgery to remove your ovaries in order to prevent cancer.

Connection Between Ovarian Cancer and Talcum Powder Use

While Johnson & Johnson’s baby powder is probably the most recognizable brand of talcum powder used by women, there are multiple companies being sued by women diagnosed with ovarian cancer. The cancer-causing ingredient in talcum powder is asbestos, and when it is used on the genital area or on undergarments, sanitary pads, diaphragms or condoms it is thought that it can enter the body and travel through the vagina, uterus, and fallopian tubes to the ovaries. Among the many studies conducted so far on the possible link between talcum powder and ovarian cancer, results have been mixed. Some studies have reported a slightly increased risk and some studies have reported no increase.

Studies have suggested that there is an increased risk of lung cancer and other respiratory diseases among talc miners and millers, due to the asbestos content naturally found in talc. Purified talc in consumer products does not contain asbestos.